The strength of Veedol lies in its comprehensive knowledge and experience of mineral hydrocarbon technology. Its valuable technical resources and experience ensure Veedol Lubricants offers technical advice and recommendations for everyday operations through to the most complex lubrication challenges. Veedol Lubricants' uninterrupted supply of quality lubricating oils and greases to Australian industrial and automotive markets under the Veedol brand for over 50 years is your guarantee of superior lubrication performance.

The Research & Development focus of Veedol in Australia is the design of lubricants based on renewable resources which it markets under the Synveco brand. Veedol is committed to the continual development and expansion of its range of biodegradable, low toxicity lubricants for use in applications which are traditionally the domain of mineral hydrocarbons. The Veedol Biolubrication Project pairs Veedol’s extensive history in all facets of lubrication technology with decades of experience in vegetable oil chemistry generated through its ties with a national supplier of vegetable oils and downstream products.

Veedol Lubricants is well placed as a partner in strategic analysis of your lubrication requirements and your contribution to a cleaner, more profitable future. 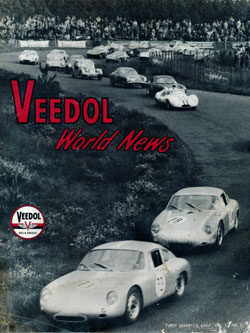 History of Veedol in Australia

Veedol became an established name in Australia and around the world in the early 1900s as a result of its contribution to the Ford Model T. Veedol was responsible for the design and manufacture of the lubricant ‘Forzol’ which was the factory-fill for the Model T’s common sump, lubricating both its four cylinder engine and planetary transmission. From around the time of its inception in 1913, Veedol was distributed in Australia by Neptune Oil Company. In the ensuing years, Veedol gained a devoted following in the form of Australian speedway car and racing motorcycle enthusiasts.

In 1926, Neptune Oil Company was sold to Anglo-Dutch Shell. The Veedol distribution agreement continued largely unchanged until 1936, when a new long term agreement was entered into. Neptune ceased marketing Veedol twelve months later, effectively curtailing the brand’s presence in the Australian marketplace until the late 1950s.

In early 1957, a chemical manufacturing company based in Sydney named Crompton and Walker Pty. Ltd. applied for and was granted a licence by Tidewater Oil Company to manufacture and market Veedol in Australia. This event came to the attention of Dr. William Cater, who at the time was a mechanical engineering student at the University of Newcastle. He subsequently applied for and was granted distribution rights for New South Wales and Queensland. What was initially a two-man operation eventually grew into a substantial undertaking. 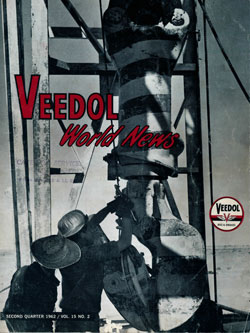 In an arrangement with Cater Oil, it was agreed that Cater would take over the existing business and continue operations. Subsequently, Cater Oil adopted the trading name Veedol Lubricants Australia. Cater Oil remained independent of Tidewater, yet became the proprietor of all Veedol product names in Australia and henceforth assumed responsibility for the manufacture, marketing and distribution of Veedol for all Australian states and territories.

Despite the break-up of the Getty organisation in the 1970s and '80s, the takeover of some operations by Burmah and the fight between Pennzoil and Texaco for control of Getty Oil's assets, Veedol Lubricants Australia remained an independent Australian company and was thus isolated from Getty dealings including buyout arrangements related to Veedol International Ltd.

Throughout the 1990s and into the 21st century, Veedol Lubricants Australia continued to supply lubricating oils, greases and associated products to industrial users throughout the eastern states, never wavering from its commitment to continuing the Veedol legacy of designing, manufacturing, marketing and distributing premium quality products backed by expert technical service and advice. In 2009, a change in corporate structure saw the formation of Veedol Lubricants Pty. Ltd. which in 2016 initiated a major makeover of Veedol’s strategic positioning in the wider Australian industrial and automotive markets. 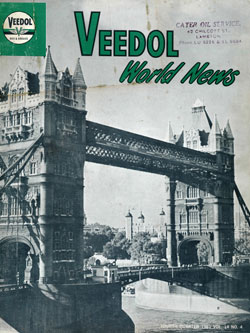 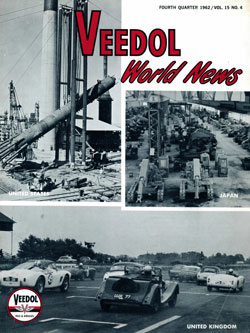 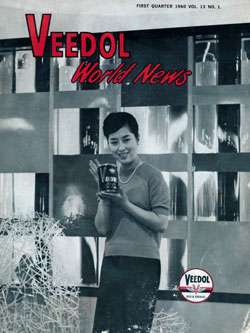 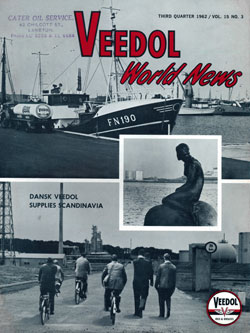 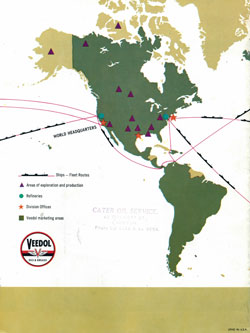 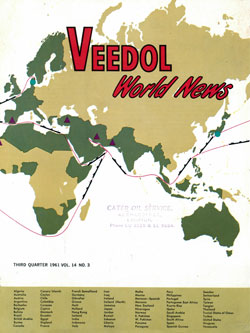 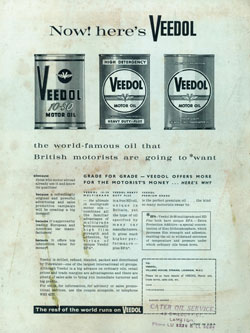